Can you remember 'When you and I were young, Maggie'? Apparently the 'creaking old mill' belonged to William Davis and Thomas Ghent at Albion Falls, Saltfleet Township. William and his family were granted 800 acres and Thomas Ghent the adjacent farm. The mill was built in 1765, three years after their arrival in Upper Canada.

While William was in the Niagara area, he submitted his claim for War debts and damages. 1792 was too late to apply for damages but William hoped, with Simcoe's help, to receive some compensation for 10,000 pounds of loss. Nothing ever came - the books in England has been closed.

As the mill creaked away, the Davis children explored their new home on the escarpment and made new friends. They met James Gage who farmed nearby, and the Chisholm family across the bay. The met old friends of Robert Land - the widow Morden (Mardaunt) and her family. They hear the stories of Robt. Land and Ralph Morden's work as dispatch riders and of their captures and escapes, of the execution of Ralph as a traitor.

Young Asahel Davis at 22 showed increasing ability and enterprise. In 1796 after marrying Ann Morden, he settled into routine life at Harmony Hall Manor as the Davis homestead was later named. By 1806, he and Ann (nicknamed Nancy) had five children and needed some privacy! With his friend and brother-in-law, Thomas Ghent, Asahel heard of Joseph Brant's financial problems and decided to buy land in Brant's Block. Elizabeth and Thomas Ghent and their seven children, Asahel and Ann Davis with their five moved across the head of Lake Ontario to Burlington. As legend notes, they brought apple trees in canoes - trees started from seed at Albion Falls.

They brought much more - likely in wagons loaded with twelve noisy pre-school children. At the outlet on the beach, both families were greeted by newly-weds, Sarah and John Chisholm. 'Aunt Sarah' was the baby sister of Asahel and Elizabeth (Ghent).

Their new log homes awaited on 200 acre farms. Asahel had the one closest to the lake spreading North from our Plains d and east of Job's Land (the old Purchase Line). Thomas Ghent was to the North. Both young men has searched for clay land suitable for grain - harsh land, perhaps to the disadvantage of future generations.

Corrections in the stores of the woman of our Davis and Ghent families have provided interesting side lights of the past weeks. One of Hannah's relatives tells me that Hannah's surname was really Philipse not the Anglicized Phillips. Phillipse eas derived from the name Flypse - believed to be Dutch in origin. The name Hannah Philipse was carried by Hannah's granddaughter, Hannah Philipse Chisholm who grew up to marry Hiram Smith.

One of Maggie Clark's descendants says that the Davis-Ghent mill at Albion Falls was not the 'Creaking old Mill.' Maggie lived nearer to Caledonia. She married her song-writing school teacher only to die at age 23 - a sad ending to that lovely love song.

Now, back to our families. Another wedding in the Davis home at Albion affected our area. Mary Davis married James Gage (before 1798) and moved to the neighbouring Gage farm, not Battlefield House, Stoney Creek.

Some of Asahel Davis records are still intact, cherished by his great-great-grandson who lives in Burlington. Among the papers is the original deed signed by Joseph Brant with the deal of George III, and Asahel's leather bound note-book in which are recorded family data and accounts with neighbours. One item read: 1812 A. Bates Dr. to A. Davis, to three 1lb. buter 3 pounds 9 shillings.

Both Asahel Davis and Thomas Ghent continue to enlarge their families. Shortly after Ghent's arrival, George was born (1806) - believed to be the second white child born in Brant's Block. The first is believed to be Augustus Bates jr. in 1805. Ann and Asahel Davis had eight children when Ann died in 1814 within two weeks of the death of her two youngest children. Within a year Asahel married widow Hannah Bates.

Before another decade was out, Asahel and Hannah made plans to build a substantial brick home believed to be the back portion of the Schwindt Engineering building at 1134 Plains Road East. 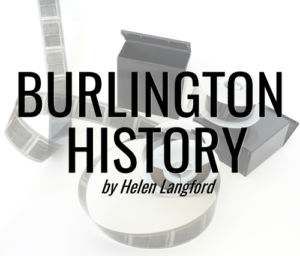 This website uses cookies to improve your experience while you navigate through the website. Out of these, the cookies that are categorized as necessary are stored on your browser as they are essential for the working of basic functionalities of the website. We also use third-party cookies that help us analyze and understand how you use this website. These cookies will be stored in your browser only with your consent. You also have the option to opt-out of these cookies. But opting out of some of these cookies may affect your browsing experience.
Necessary Always Enabled
Necessary cookies are absolutely essential for the website to function properly. This category only includes cookies that ensures basic functionalities and security features of the website. These cookies do not store any personal information.
Non-necessary
Any cookies that may not be particularly necessary for the website to function and is used specifically to collect user personal data via analytics, ads, other embedded contents are termed as non-necessary cookies. It is mandatory to procure user consent prior to running these cookies on your website.
SAVE & ACCEPT
My Story - What Got Me Into Genealogy?